Metal Ranger is a new and awesome shooting platformer with a retro feel that pitches one valiant battle robot against a whole army of insect-like alien monsters. Explore level after level of treacherous shop floors and walkways of the game’s industrial setting, clear out enemy infestations, kill the bosses, and take advantage of weapon and armor upgrades.

This side-scrolling game bears an amazing likeness to the 2D shooters of the 80s, the golden era of the action arcade – but in a good way, thanks to the sleek, well-detailed graphics. The look of the manufacturing plant interior is realistic enough to meet the expectations of the younger audience and at the same time immediately recognizable to older gamers, featuring familiar details such as steel grid flooring, massive pipes and girders, and neon tube lights in the background.

Speaking of light effects, the discharge of different types of weapons used by the robot character is also well-rendered, from the bright streaks of the default machine gun to the fire-and-smoke halo of an occasional explosion to the fireball that the flamethrower spews in a natural strafing motion, leaving burning insect bodies in the robotic hero’s victorious wake.

The playing character looks nice and sleek, with natural postures and fluid moves of the necessarily angular, steel-plated android body. Quite often, especially in mecha games, developers choose to create their battle bots featurng various degrees of ponderous, clumsy motion. However, more in line with the platform shooter tradition, Metal Ranger trades the clunky awkwardness peculiar to steel joints and spring tendons for smooth, flowing movements of an agile superhero. Other physics details are also rather smoothed out according to the requirements of the genre.

The soundtrack is faithfully close to the traditional chiptune style of the arcade music, adding another ingredient to the “comfort food” recipe for the connoisseurs of golden oldies.

As for the foes, they are thoroughly alien in a classic manner. The crawling, leaping, and flying monsters come in various but unmistakably arthropod shapes and sizes – vicious horseflies with a two-foot wingspan, freakish spider-mantis crosses, enormous woodlice, etc. The game takes full advantage of the fact that normal human impulse is to squash something like this – or fire your rifle at it – the moment you see it, offering copious amounts of bug-shooting action. Traversing the facilities of an abandoned, monster-infested plant with your robot character, using different guns to clear the area of the enemies, and emerging the winner in this classic battle of good vs. evil might sound a bit simple – but simplicity is genius, as they say. Could this be the reason why generations of gamers find run-and-gun action so amazing?

All in all, if you agree that there is nothing quite like a righteous 2D shooter rampage with a noble cause of repelling an invasion, you should enjoy playing Metal Ranger. And if you find sentimental value in good old arcades, you will simply love it. 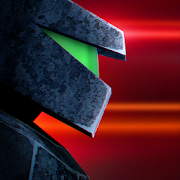 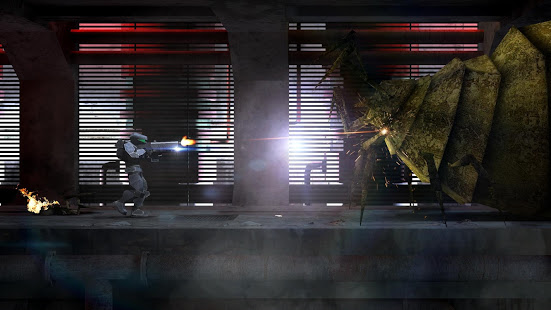 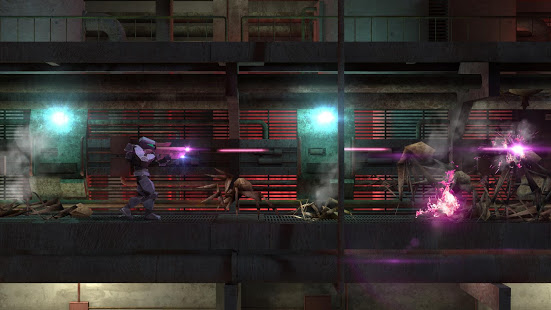 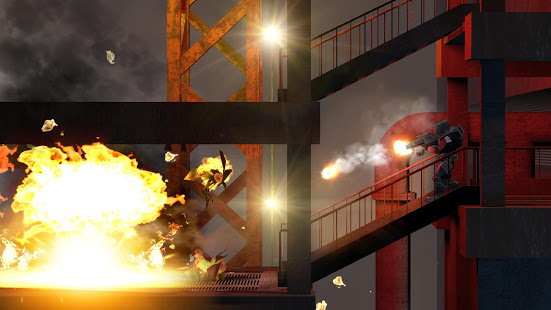