Get ready for Ninja Masters! From the creators of Ninja Duel, Ninja Masters is a fighting game completely reinvented for mobile. Fight awesome ninja masters, or fight your friends, or have a quick match, Ninja Masters has deceptively simple controls with high gameplay depth. Outmanoeuvre your opponents, strike your enemies down with your weapon and dodge deadly attacks.

SAVE THE WORLD Ten years ago, powerful ninjas known as masters ruled the earth. Illusion, the master of shadows became so powerful, he defeated all the other masters in a fight. Banishing them for eternity and ruling the world in tyranny, it’s now up to you to defeat him. Problem is, you’re just a regular ninja. Become a master in your journey, where you must find powerful artefacts belonging to the defeated ninjas. Fight past 10 beautiful locations, 50+ epic levels, 10+ epic bosses, and make new friends and enemies along the way. But beware. Illusion has more tricks up his sleeve than you can imagine, and things are not as simple as them seem…

DEVELOP YOUR OWN FIGHTING STYLE With 45+ unique weapons, there is a weapon for every fighting style. Picking the right weapon against your opponent can be the difference between a won and lost fight. Whether you like to strike your opponent down at a range, or get up close and personal, there is a weapon for you. There’s the lightsaber, with its amazing speed. Or you can see if you are strong enough to wield a two-handed mace. Or you can even search for the Jade Dragon, an ancient sword said to possess the power of dragons. You can get polearms, swords, daggers, shuriken, flails, kusarigama, each with unique characteristics. The question is, can you master them all?

DIFFICULT TO MASTER Although the two button controls may seem simple, mastering them takes skill. Weave through your opponent’s attacks, strike your enemies down without getting hit, or collecting powerful power-ups before the opponent are all tasks that separate the ninja masters from the rest. The physics-based gameplay enables many options for both attacking and dodging. We carefully engineered the gameplay for maximum possibilities, and it’s up to you to master them.

FIGHT YOUR FRIENDS With Ninja Masters, you can now organise your own ninja tournament with your friends without getting funny looks from the police. Ninja Masters offer local multiplayer, so you can show your friends who the true master is. This is Ninja Masters, a game like nothing the world had ever seen. Become a ninja master!

Special thanks to Amadeus, who posted copyright-free music online so I could have music in the game. Visit his YouTube channel at: https://www.youtube.com/channel/UCNC2AodfRqaCFMru6JbVO8Q 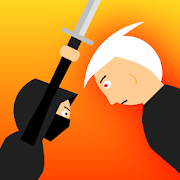 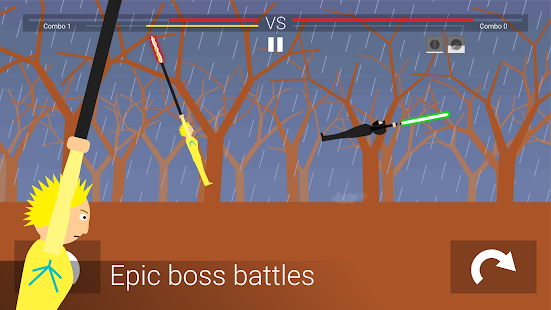 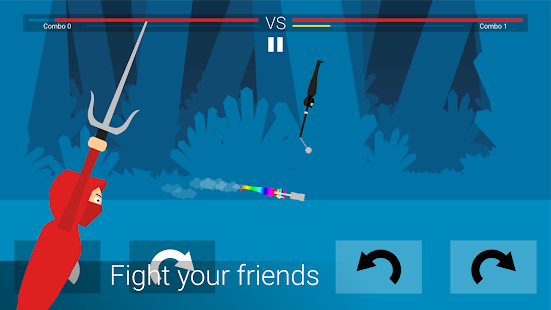