Crawl through dungeons and equip a Hero to battle monsters for epic loot in an all new style of Dungeon RPG. Tap to guide your hero through dungeons, unlock new heroes, defeat monsters and collect powerful weapons. See if your heroes can survive Rogue Grinders, an epic RPG/roguelike and retro RPG all in one.

This is an RPG roguelike game like you’ve never seen. You’ll have to battle monsters, use consumables and upgrade your weapons to go deeper into perilous dungeons. Tap to guide your hero to find hidden treasure in a pixel dungeon, making sure your hero has enough gear, health and items to protect them from a certain doom.

Lovers of retro games and roguelike RPGs won’t be able to put down this dungeon crawler. Go on an epic tap quest, explore dungeons to battle monsters and defeat the tough dungeon bosses. You never know what could creep up on your heroes in Rogue Grinders! Enjoy it online or offline! 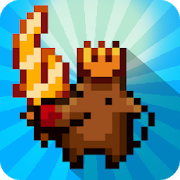 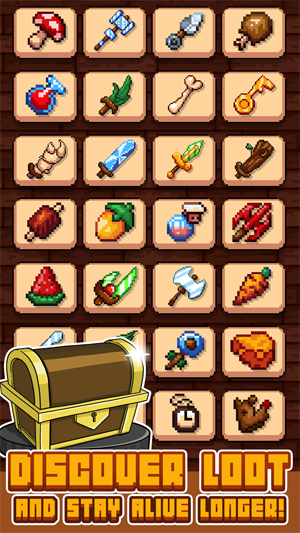 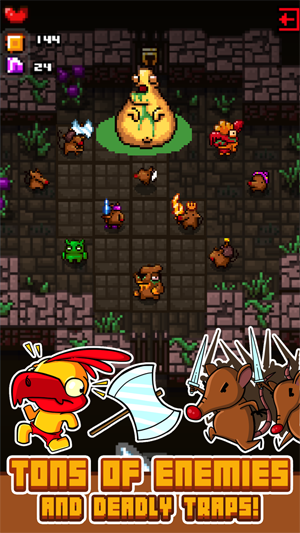 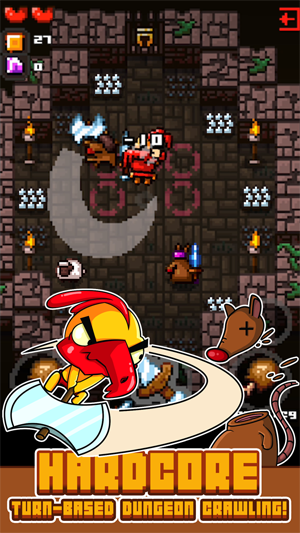