Do you dream of coaching a team of eleven soccer stars hungry to be champions? New free soccer club sim Top Football Manager puts sports fans like you in charge! Bid on and scout for premier players, build and train a team with special skills, test tactics and formations against real opponents from around the world, and watch the match in live 3D simulation. BEAUTIFUL GAMEPLAY Top FM’s immersive 3D graphics and a powerful game engine bring your coaching fantasy to life. Watch stunning games play out in real time as you command your team or bet on other matches in your league. Every goal is a step further on your journey to victory. MANAGE & TRAIN YOUR ATHLETES As club head, you will test different formations, adjusting player line-up and tactics during play in response to your opponent. Pick a promising player to groom into a hero with special skills to score in the ultimate showdown. Build a team of champs to climb the leader board. HUNT FOR STAR PLAYERS Hunt for players to meet your team’s needs. Bid against other managers to win golden boys in the market, recruit all-stars with an agent, or use scouts to find young hopefuls you can make into tomorrow’s legends. Transfer players who no longer fit your strategy. RICH MULTIPLAYER EXPERIENCE Face off against real opponents from around the world in league games. Grow your network of friends, exchange gifts, and grow team experience through friendly matches. Create or join a Football Association to gain more rewards. 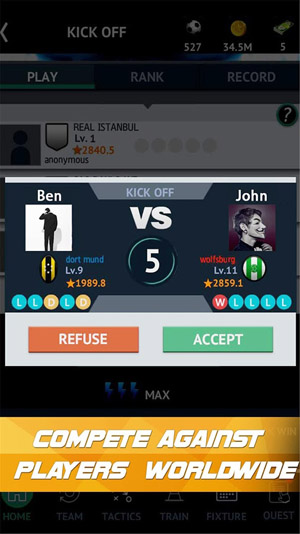 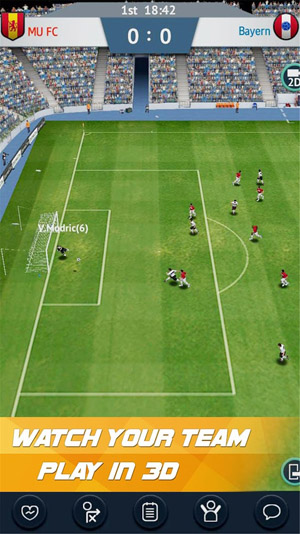